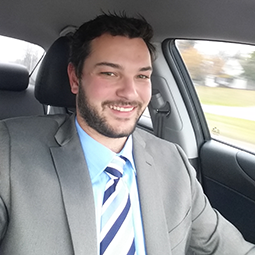 Chase Passauer was tragically taken from us on April 7, 2016 at the young age of 23. At the time of his death, he was working as a law clerk for a criminal defense attorney in St. Paul. Chase was a bright young man with a limitless future ahead of him. He was loved by many for his charismatic charm, quick wit, and deep love for his family and friends. He was the kind of person you wanted to be around and to be more like. The world was a better place with him in it.

In his early years, Chase was actively involved in karate, wrestling and baseball, where he played the position of catcher and pitcher. As a teenager, his interest in baseball expanded into umpiring where his natural talent brought him new opportunities. He became a key member of North Star Umpires where his role also included providing organizational support and training to other umpires. Chase became a very active member of the Youth In Government program in late middle school. As his involvement continued through high school, he developed the passion to become a lawyer.

While losing our beloved Chase has been an unbelievably devastating time, our goal is to honor his memory with the endowment fund through the University of Minnesota where he attended college. Chase started college during his junior year of high school and graduated with two bachelor’s degrees at the young age of 21. He had aspired to continue his education in the fall of 2016 by attending the U of M's law school to become an attorney. This fund will be used to award scholarships in Chase’s name. Our goal is to raise $50,000, and once established, the endowment will continue to grow and provide scholarship support for students attending the University of Minnesota.

Chase was fatally shot when working alone at the law office. If you want to know more, there is plenty of press coverage to be found. Here is an article from the Hastings Star Gazette.